As we all know, everyone must wear a safety helmet before entering the construction site. Don't look down upon the helmet, it can always save a life in the nick of time. Some people might question how much protection the helmet -- just a hard plastic shell -- can provide?

Exactly, the helmet may not protect you adequately when it comes to some large stones and mechanical components that fall from high. However, the probability is not that high. Usually are something like small stones, bricks, screws, etc. They are not big but have a large power when falling from high, which are easy to get workers injured. 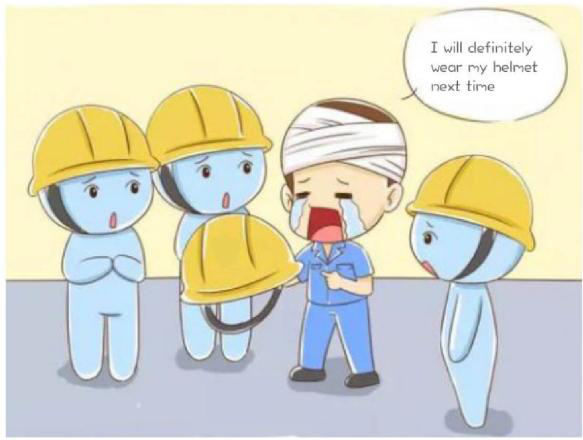 If the worker wears a safety helmet, it can block and buffer most of the energy from the falling object, which can protect people.

Although it’s so important for workers to wear the helmet, there is still someone forgetting to wear it. So, how can we avoid this?

Next, let’s use the object classification function of HuskyLens to make a safety helmet reminder! Only those workers wearing safety helmets can enter the construction site, while others without helmets cannot.

1. Understand the principle of KNN algorithm for object classification

3. Use the object classification function of HuskyLens to make a safety helmet reminder 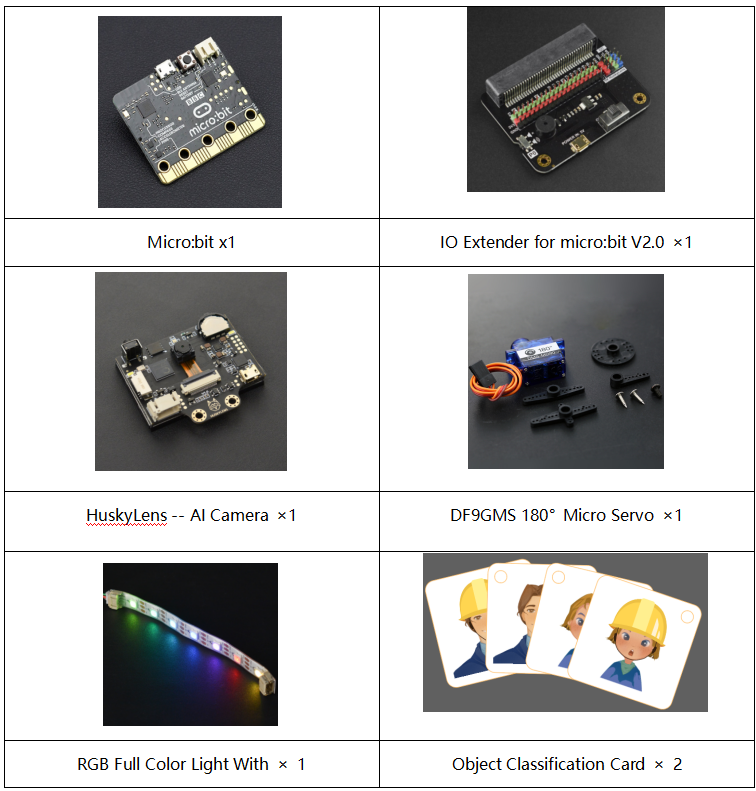 Note: The object classification card is the same as the face card.

1. What is KNN Algorithm

The full name of KNN is K Nearest Neighbors. There is no doubt that the value of K is definitely crucial. So what’s the nearest neighbor? Let's take a look at the picture.

The green point in the figure below is the data to be predicted. Assuming K=3, that is to say the KNN algorithm will find the three points closest to it (here we circle it) to see which kind is more. For example, as there are more blue triangles in the picture, and the new green points will be classified into it.

However, when K=5, the judgment will be different. In this case, there are more red circles, so the new green dots are classified as red circles. From this example, we can see that the value of K is very important.

The KNN algorithm will first train multiple data and extracts their characteristics. When predicting a new value, it judges which category x belongs to according to the category of the nearest K points. In the figure on the right, the yellow circle and the purple circle are the training data, and the red five-pointed star is the value to be predicted. When K=3 and K=6, what the predicted results respectively will be?

In the object classification algorithm of HuskyLens, the K value is 1. Therefore, when HuskyLens predicts new data, it will compare the data with all the training data, and select the classification of the one with the highest similarity as its output result.

If you want to judge whether a worker is wearing a helmet, you need to classify the image according to the characteristics of the helmet. One type is those wearing the helmet, the other is those not wearing. This project is to use the object classification function of HuskyLens to perform safety helmet recognition function.

It can be tested by the following cards.

Firstly, align the big orange frame in the center of the HuskyLens screen with the object to be learned (the worker with a helmet), press and hold the "learning button" to learn from different angles and distances. Then release the button after completing learning the first object. At this point, the screen will prompt: "Press the button again to continue! Press other buttons to end". If you want to continue to learn the next object, you can continue to learn the next object by pressing the "learning button" before the countdown ends. If you no longer need to learn other objects, just press the "function button" before the end of the countdown, or do nothing and wait for its end. 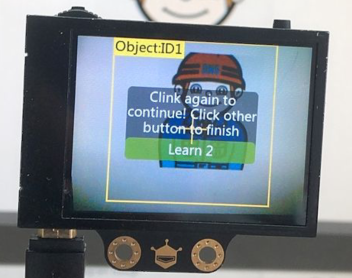 In the course, we need to continue to learn the next object (the worker without helmet), so press the "learning button" before the countdown ends, and then align the orange frame in the center of the screen with the object to be learned, press and hold "Learning button" to complete learning the second object. So on and so forth.

The object ID is consistent with its input order. That is, the learned objects will be marked as "object: ID1", "object: ID2", "object: ID3", and so on in order. Moreover, different objects have different border colors.

When HuskyLens detect the learned object again, its ID number will be displayed on the screen. As shown in the figure below, when HuskyLens recognizes that the worker is wearing a helmet, the screen displays ID1. If he does not wear it, it will display ID2.

Q: Can the object classification algorithm get the relative position of the object on the HuskyLens screen?

Q: How to improve the accuracy of recognition under the object classification algorithm?

A: Press and hold the "learning button", you can record the target picture from multiple angles and distances to improve the accuracy.

This project will be divided into two tasks. First, we will learn to use the object classification function of HuskyLens to identify whether there is a helmet or not. Second, add LED strip lights and servos on this basis, and achieve the reminder effect according to their status.

Task 1: Show whether the one wears a safety helmet

On the basis of task 1, add LED strip lights and servos to judge whether workers entering the construction site with safety helmets, and perform corresponding operations and reminders.

Task 1: Show Whether One Wears a Safety Helmet 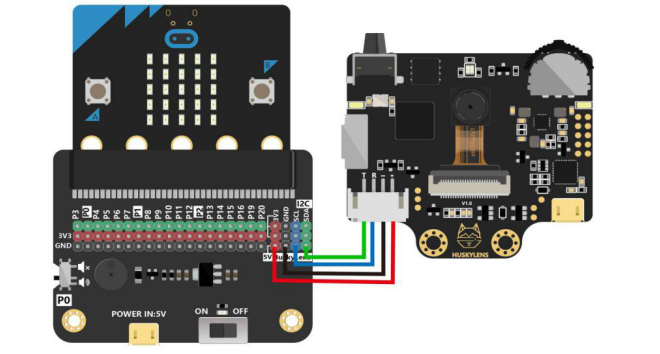 The object classification function can learn different photos of one object, and then use the built-in machine learning algorithm for training. After the training is completed, the algorithm will be named again. When the learned objects reappear on HuskyLens camera screen, HuskyLens can recognize them and display the algorithm name and its ID number.

Note: The more photos of a object HuskyLens learns, the more accurate the recognition will be. The default setting is to learn more than one photo.

Select the HuskyLens object classification function, press and hold the "learning button" to learn multiple background pictures to get ID1.

Then learn the character wearing a helmet, long press the "learning button" to learn multiple characters with helmets to get ID2.

Finally, learn the character without a helmet to get ID3. 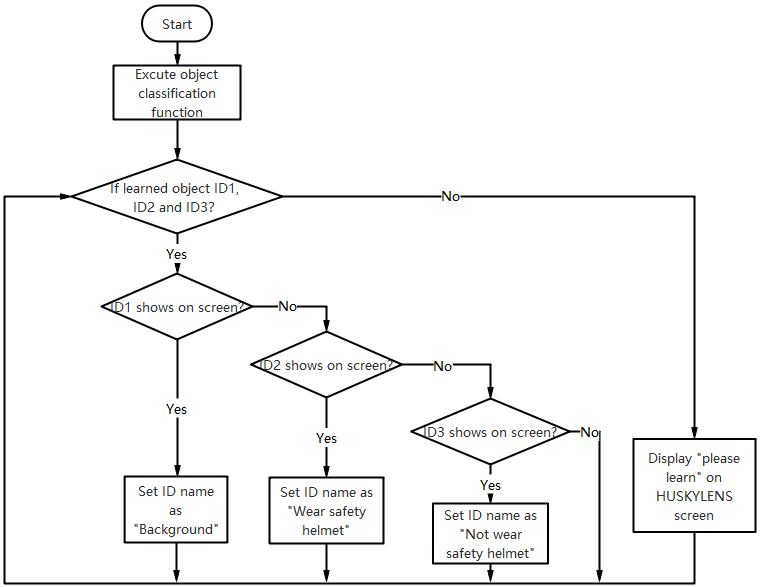 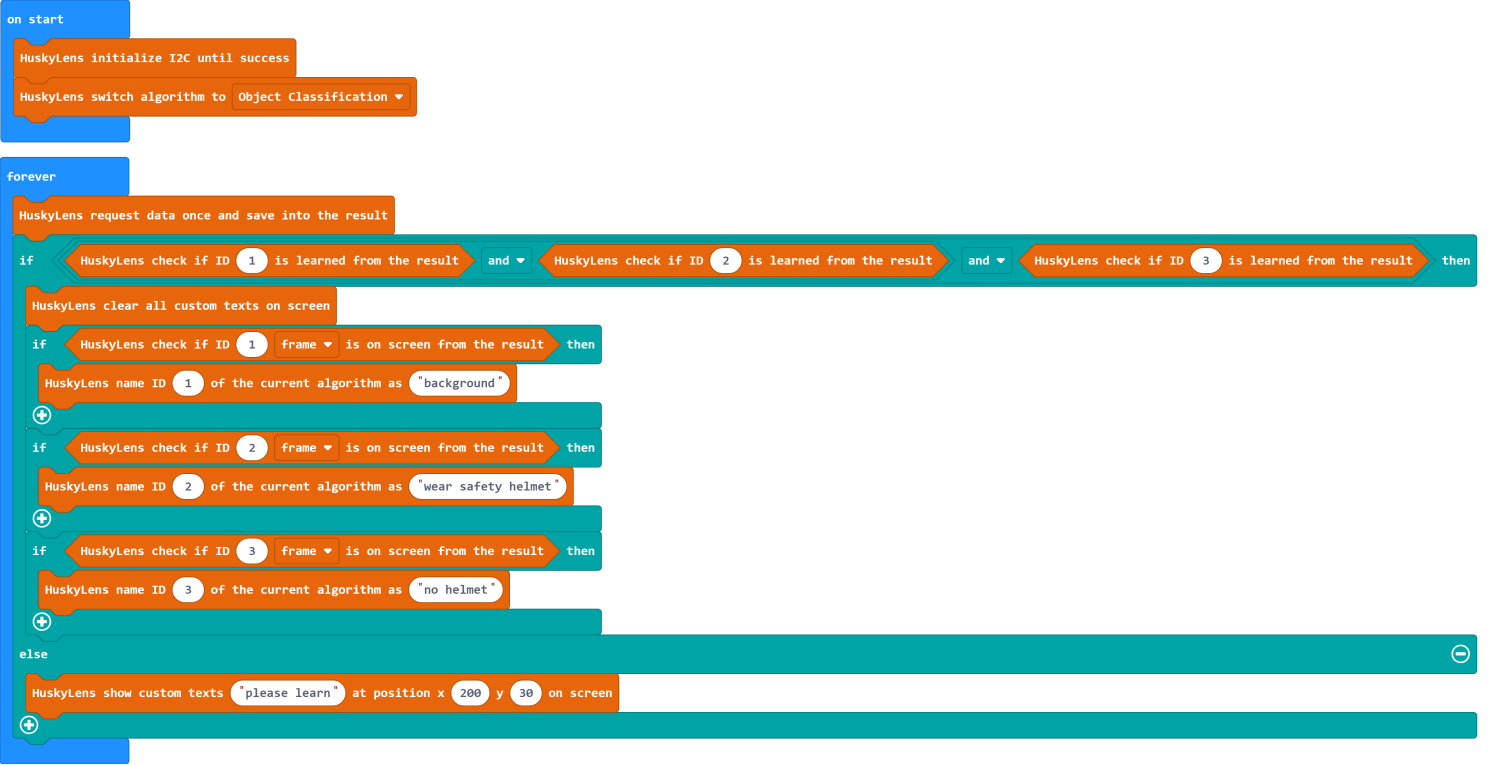 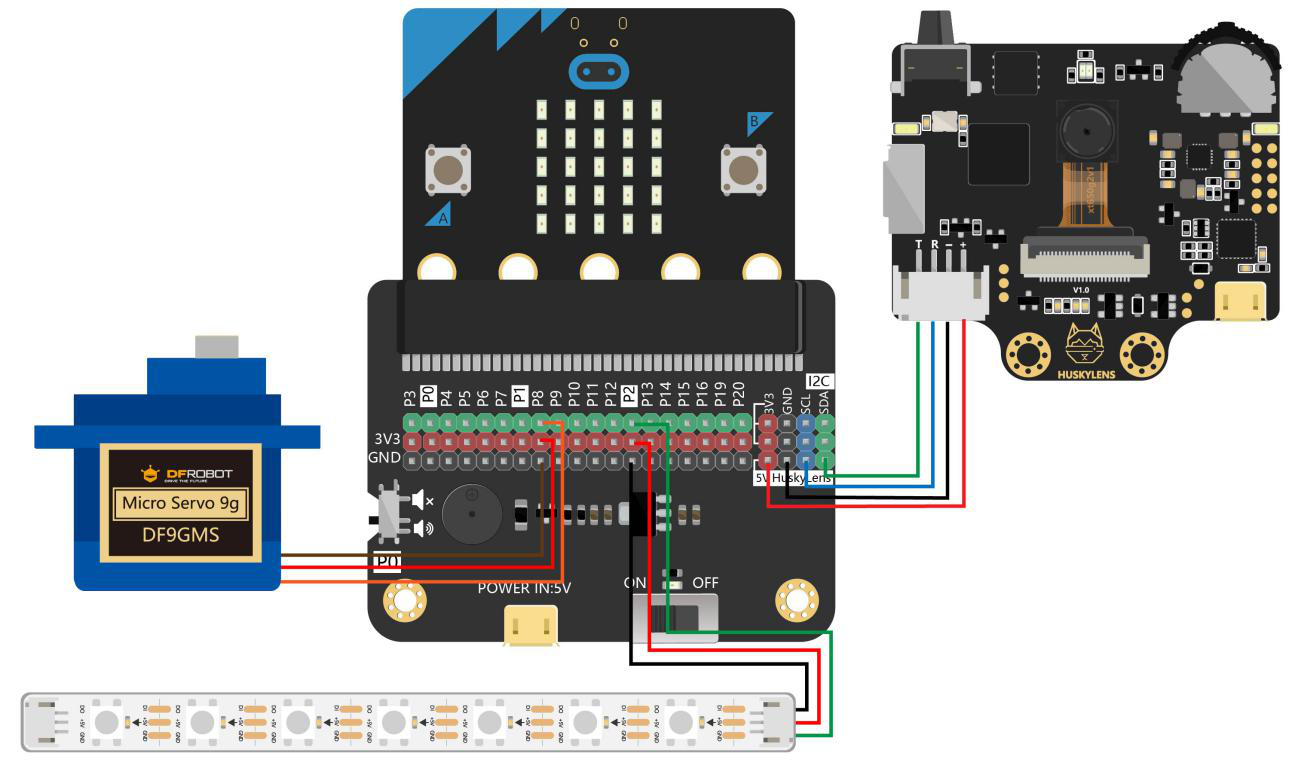 As the recognition of whether there is a helmet has been realized in task 1, we only need to add and set the state of the servos and the LED strip lights on its basis. 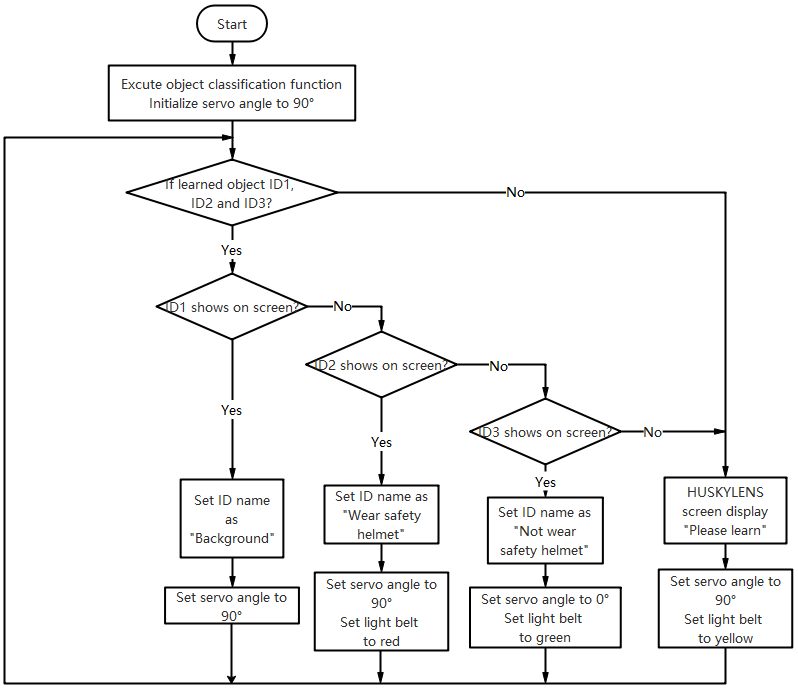 In the program, we need to use the function of the NeoPixel blocks. There are a special RGB light library. The method to add RGB LED strip library is as follows: 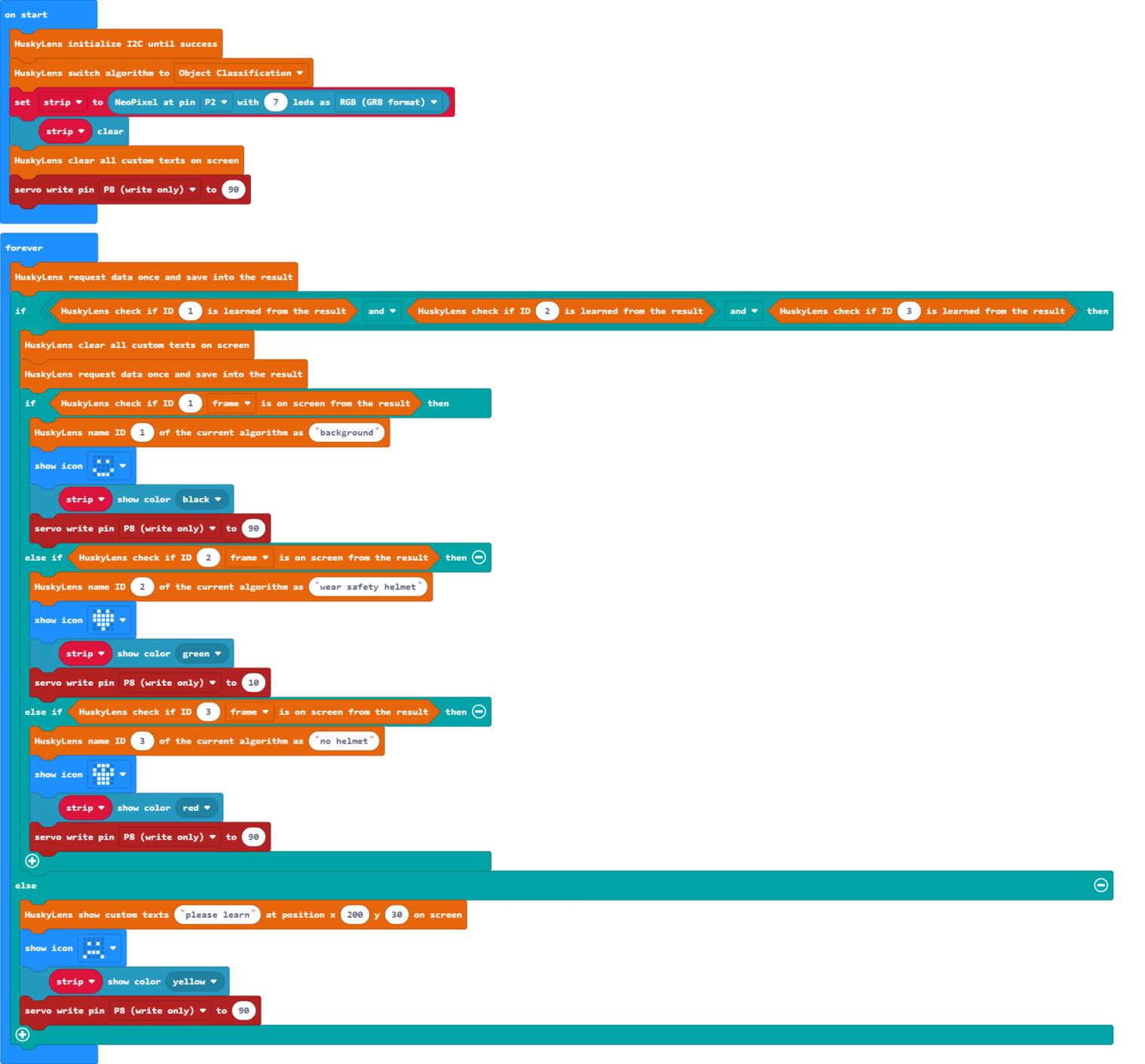 In this project, we learned how to use the object classification function of HuskyLens to made a safety helmet reminder with the servo and led strip. It not only allows workers to pay attention to wearing helmet, but also prevents workers who are not wearing helmets from entering the construction site.

Of course, you can continue to improve the helmet reminder and use the resources at hand to build a real model. The picture below is to use discarded corrugated paper and fix the hardware on it to make a safety helmet detection door on the construction site. Come and have a try! 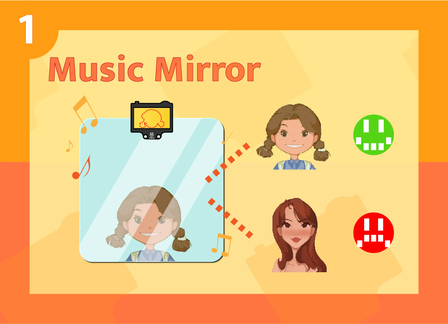 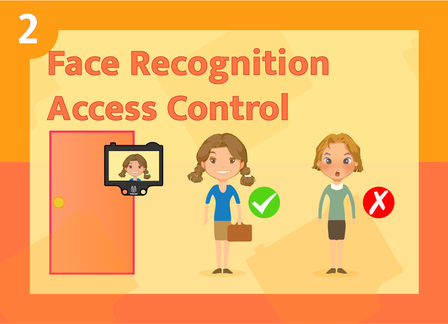 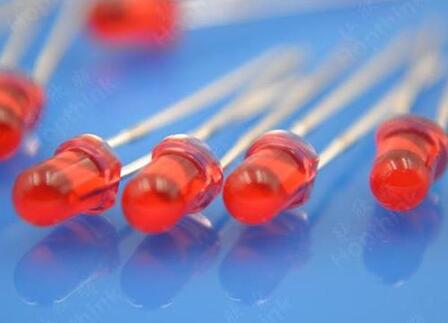 Project 1 How to Blink an LED?
#Arduino #Programming