In the film Entrapment, there is a breathtaking scene when Virginia steals the famous painting. And what exactly are the red lines we see in the film? Is it visible to the human eyes? Let's find out. 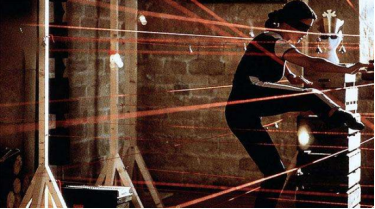 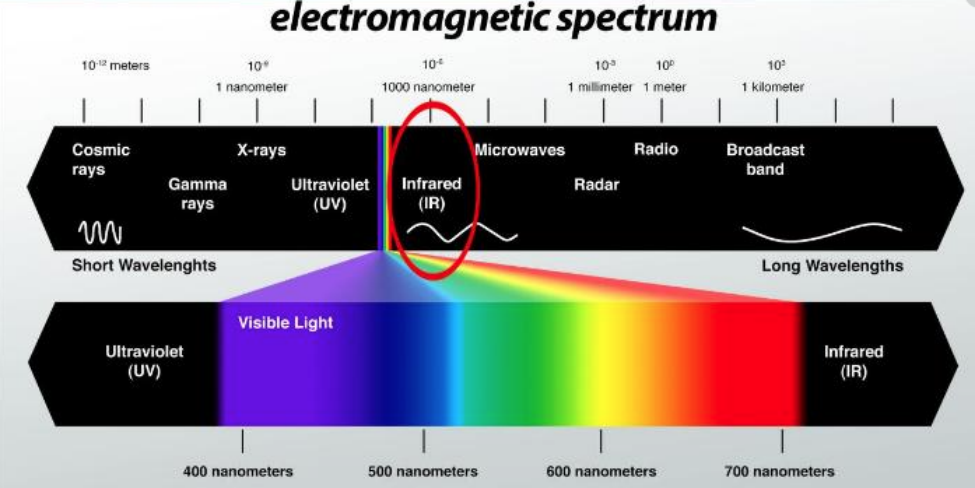 Infrared is an electromagnetic wave with a wavelength between microwave and visible light, which is between 1mm and 760 nanometers (nm). It’s an invisible light that has longer wavelength than red light.

Anything above absolute zero (-273.15 ° C) can generate infrared rays. Modern physics calls it heat rays. Medical infrared can be divided into two categories: near infrared and far infrared. Infrared rays contain heat and that’s most of the sun’s heat is transmitted to earth. 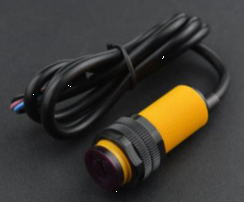 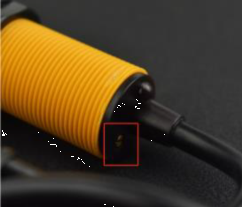 Are there any digital sensors that output signals without contatct? 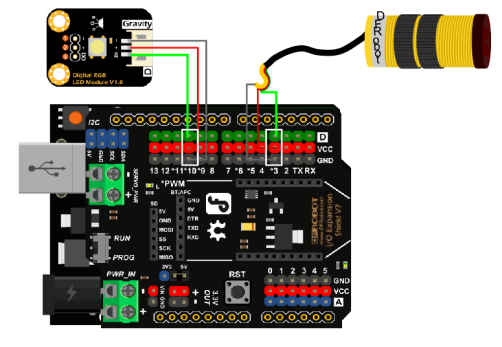 In the Adjustable Light chapter we learned how to control the LED brightness, with an primitive understanding of the mechanism of the RGB lights : RGB color mode uses the the RGB model give a intensity value between 0 and 255 to every RGB component in every pixel in the image. Various colors are constituted through different intensities in three primary colors, red, green, and blue.

In fact, controlling RGB colors is not easy. Fortunately, the software has ready-made modules to reduce programming difficulty.

You might ask questions that why it’s a strap of lights? The RGB light module we actually use is only one light bulb of the them. This module is also applicable to single RGB bulb, which can be cascaded by wires. 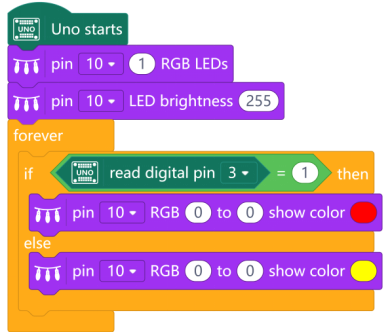 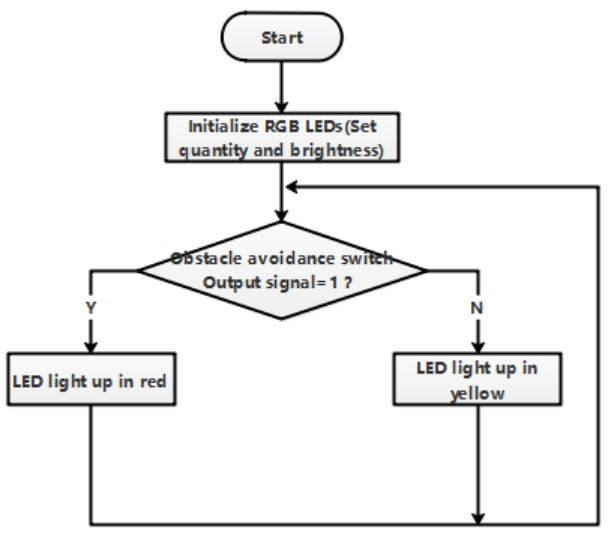 If you want to see the data output in real time, remember to add building blocks

How did humans discover infrared?

How can a dark place be "hotter" than a bright place? The story begins at two centuries ago.

Before 1800s, people now the “white” light of sunlight can be dispersed into red, orange, yellow, green, blue, indigo, and violet lights. This experiment was first successfully carried by the famous Newton in 1666. 100 years later, nobody bothered to think what else exists besides these seven colors.

However, William Herschel (1738-1822), a British physician and astronomer who was born in Germany, came up with a whimsy. What exists “beyond” these seven visible lights in those invisible areas? So, he did the following experiment in 1800.

He made the sunlight pass through a prism and refract it to the white paper screen on the back. Of course, he also got seven colors like Newton. The difference is that this time he also put nine identical thermometers in each color area. Seven were put in every color area, while the last two were put “outside” red and purple. With the illumination of colorful light refracted by the sunlight, the temperature of the thermometers in the seven visible light areas have increased. For example, the temperatures of red, green, and purple areas have each increased by 5 °C, 3 °C, and 2 °C; but the temperature outside the purple light has not increased. He also found that the temperature outside the red-light area not only increased, but also rose even higher than the red-light area, by 7 °C! This was a surprise -- there was no light there!

Would the temperature be higher in the area farther from the red? Then he moved the thermometer to an area farther from the red area, but the temperature did not increase at this time, dropped to room temperature instead. After repeated experiments and researches, he finally determined that "infrared" or "infrared radiation" exists in the area near the red light. He also demonstrated with experiments that, infrared rays, no matter from earth or sun or other sources, also obeys the laws of refraction and refraction just like visible lights.  But it is more easily absorbed by air than visible light. Because it is "invisible", it was called "invisible radiation" when it was first discovered.

Now that you have learned to make a light warning device, review the previous chapter and try adding a buzzer warning function to it!

▶▷▶ Next: Getting to Know the IoT | MindPlus Coding Kit for Arduino Started Tutorial E16